Watches consist of tens of parts that all own great significance. When determining the most important of them, it would be the watch movement. I am pretty sure you all agree on that.

The second part would be the watch crystal that protects the dial.

That would be my personal order for evaluating a timepiece at a quick glance.

As you may have already guessed, not every crystal is the same and with equal qualities.

In fact, there are several types of watch crystals with their pros and cons and particular suitabilities for certain occasions. Therefore, it is information that every watch buyer should know before picking out their next timepiece.

Following, we cover everything you should know about watch crystals. Hence, stay with us and find out which crystal is the best for you.

What Is a Watch Crystal?

Before moving to the various types, let us clarify the term first.

A watch crystal, also referred to as a watch glass, is a transparent part of a watch that covers the face. Its purpose is to provide a clear view of the dial but also to protect it.

A watch crystal shouldn’t be confused with a gem found from the soil. Instead, it is a man-made crystalline glass-like material that has been heat-treated and chemically processed.

The current market provides several types of crystals that watch manufacturers employ in their timepieces. Let’s check them out!

There are three core types of crystals you find from contemporary watches – acrylic, mineral, and sapphire.

Acrylic glass, also referred to as plexiglass and hesalite, is the most inexpensive type of watch glass. It is mostly employed in cheap timepieces and is not as popular as it used to be.

Before the development of other crystals, plexiglass was the only material used for dial coverings. For example, even the Rolexes employed it a not long time ago. It was as late as 1991 when the world-famous luxury brand replaced acrylic glass entirely.

So, what can you expect from the glass?

First off, it is a solid material that is highly shatterproof and with decent optical clarity. Also, it accommodates hard impacts well by not shattering into hundreds of pieces but receiving cracks instead.

On the other hand, its hardness (read: scratch resistance) is low, meaning it scratches very easily. Therefore, it doesn’t take much effort to scratch acrylic, which is unequivocally the most significant disadvantage it has.

Further, the surface of acrylic fades over time and loses its transparency. However, contrary to other crystals, the scratches and fading can be removed fairly easily by polishing.

You will find plexiglass mainly from vintage watches and dirt cheap timepieces. American watchmaker Timex, for instance, employs it on some of their vintage-style watches.

Mineral crystal is the go-to glass for affordable watches. It is the most common type of crystal around and is employed by almost every affordable watch brand in the world, including Citizen, Casio, Bulova, and Orient.

Physically, it is an ordinary glass made of silicon dioxide that has received chemical and heat treatment for improving scratch resistance.

Compared to plexiglass, it is less prone to scratches and comes with better transparency. Also, it doesn’t fade and doesn’t look cheap.

On the other hand, mineral crystal is not as break-resistant as plexiglass by tending to chip instead of cracking after a hard impact.

The third type of watch crystal is sapphire. It is the most prestigious crystal in the watch industry, which you will find mostly from premium and luxury watches. But not only. Several sub-$300 timepieces come with the same sapphire crystal found from expensive watches.

It is worth noting that sapphire crystal is not this expensive gemstone you find from the jewelry. Instead, it is a synthetically produced material that features the same physical attributes as the original one but without the coloring agents.

The most significant advantage this crystal has over the others is its ultimate scratch resistance. To put it simply, it’s almost impossible to scratch sapphire.

Mohs hardness scale that measures the hardness of various gemstones rates sapphire with a 9 out of 10. It is outclassed only by diamond (10 out of 10), which is basically the onliest thing that can scratch the surface of sapphire crystal, except for some man-made silicon carbide materials.

Although sapphire crystal is very hard, it doesn’t perform as brilliantly under a strong impact. Namely, it shatters into hundreds of pieces instead of just chipping or cracking. Hence, in this particular field, acrylic and mineral are better options.

However, don’t get me wrong – it takes a very strong force to shatter it. So just hitting it against the wall or dropping it will most likely cause no harm.

Another con you have with this crystal is the glare. The substance is highly reflective and performs worse than mineral and acrylic glass. However, the reflections are often treated with layers of anti-reflective coating (AR coating) that are applied on the inside surface of the crystal.

Sapphire vs Mineral vs Acrylic

To better understand the differences these three watch crystals have, check the following comparison chart.

When comparing the three types of watch crystals, the best overall is sapphire crystal.

Its favorable attributes make it a spot-on component for dress and casual everyday timepieces. The fact that it is basically impossible to scratch is a characteristic that outweighs a couple of disadvantages it has compared to the other crystals.

However, in terms of overall durability for heavy-duty activities, mineral crystal is the best option because the resistance against high impacts outclasses the result you get from sapphire. That is also why many heavy-duty watches employ mineral glass, not sapphire.

When it comes to acrylic, its attributes and price suggest its best use for cheap beater watches.

Ways to Differentiate Between the Crystals

Typically, when you buy watches, the manufacturers and retailers provide you with information about the watch crystals they feature. However, you don’t always have the information at hand.

Out of the three, acrylic is the simplest to identify because it looks like a typical plastic. However, if you’re still unsure, just place it on your skin – if it feels warm, it’s acrylic. Both mineral and sapphire, on the other hand, feel cold.

However, differentiating between mineral and sapphire crystal is far more difficult because both look the same.

Fortunately, there are two easy ways how you can determine whether it’s a mineral glass or sapphire.

1. The easiest method is to tap on the surface with a fingernail – if you hear a high sound, it is mineral, and if the sound is low, it’s sapphire.

2. The second method is dropping a little water on the crystal – if it flattens, it is mineral; however, if the water maintains its drop-like shape, it’s sapphire.

The story with watch crystals goes a little more complicated now because, besides the three types of sapphire, mineral, and acrylic exist more variously named crystals.

However, these crystals are mostly based on mineral glass, with few modifications to improve overall durability. Regardless, they’re not all the same.

Its base material is also glass, as with mineral crystal. However, besides the heat and chemical treatment, it has been additionally treated with boron, adding scratch resistance and strength.

Therefore, you can say that Hardlex is a little better than a typical mineral crystal in terms of overall durability.

A sapphire-coated mineral is exactly what it says – a mineral crystal with a sapphire coating.

The substance features an ultra-thin layer of sapphire that makes it less prone to scratches and enhances durability compared to a standard mineral.

A sapphire-coated mineral is thereby a middle ground between mineral and sapphire.

This is another mineral crystal that has received additional heat and chemical treatment for enhancing scratch and shock resistance.

It is comparable to Hardlex quality-wise but is not as widespread as Seiko’s version of hardened mineral.

A Swiss brand Glycine is the most notable watchmaker that has employed K1 crystal in the past. Also, some of the microbrands have opted for K1.

This interestingly named type of crystal is actually the name of the method of manufacturing synthetic gemstones, also known as the Verneuil method.

At its core, the outcome should be similar to sapphire crystals. The reality, however, is that it exceeds mineral in terms of scratch resistance and shock resistance but falls short in comparison to sapphire, according to watch snobs. Hence, it can be considered another halfway house between the two.

Flame Fusion can be found in several Invicta watches.

Krysterna crystal is another brand name for the Verneuil method, but this version is employed by the Stuhrling brand.

Again, it is more durable than mineral but won’t make it side-by-side with sapphire.

Flat vs Domed Shape of Crystal

Now that we’ve made through all the different watch crystals, there’s still one ground to cover – the various shapes of crystals.

Actually, there are only two shapes of watch crystals that you can find – flat and domed (curved). So, how do they differ?

A flat crystal offers a clear view of the watch’s dial and is the most widespread shape of a crystal. It is considered the modern version.

A domed crystal, on the other hand, is more vintage and looks aesthetically prettier by bringing out the details of a dial. In addition, it reflects less and is a little more durable for the same thickness as a flat one.

Though, the domed shape has its cons. For instance, looking at the dial from certain angles distorts the view. The level of distortion depends on the curve the crystal comes with. It means the more curved it is, the more it distorts.

To eliminate the con, several watch brands offer double-domed crystals where not only the outer surface is curved but the inner as well. However, such crystals don’t come cheap.

So, to put it simply: a domed crystal provides a more luxurious appearance and slightly better anti-reflectiveness than a flat one.

Out of the three core types of watch crystals, sapphire is the best you can have these days. Although having this on a timepiece means paying more, you will get an ultimate scratch resistance, durability, and a clear view of the dial that no other crystal can offer.

Mineral crystal is also an appreciated option in providing decent scratch resistance and reliability. In addition, watches with mineral crystal typically cost less than sapphire versions and are, therefore, perfect for those aiming to pay a couple of hundred dollars for a timepiece.

When it comes to acrylic, it is considered cheap. It has some nice sides to it, but the disadvantages outweigh the positives of buying an acrylic glass watch.

All other substances between the sapphire and mineral in terms of durability, including Hardlex, K1, and sapphire-coated mineral, offer something from both worlds. 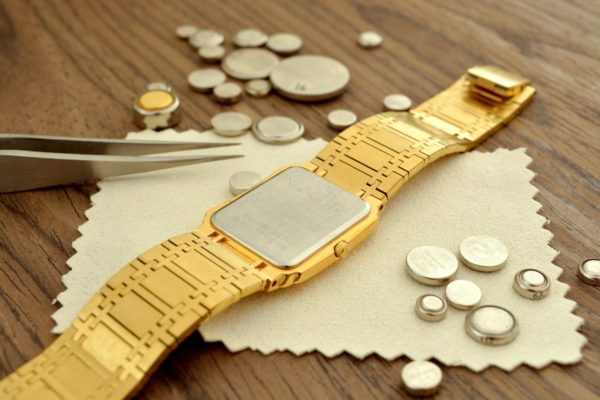 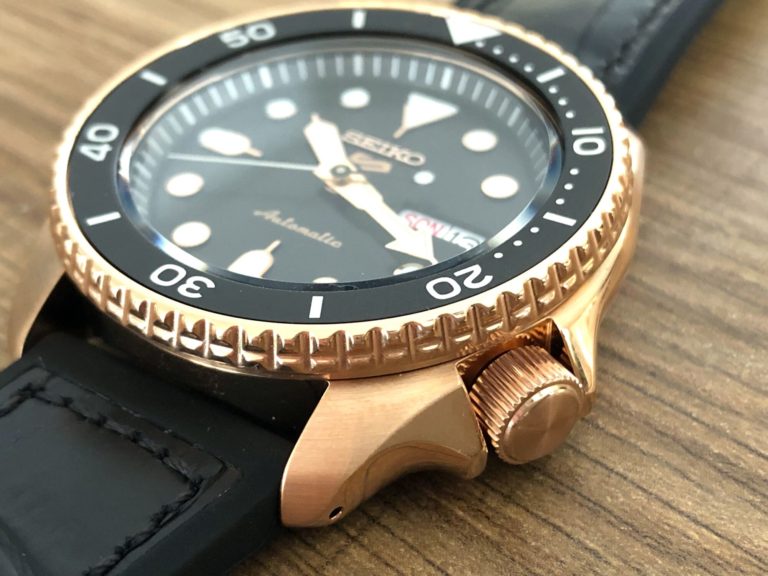