Battery-powered watches are reliable for keeping accurate time and requiring minimal upkeep. However, one can’t escape from the fact that a watch battery isn’t immortal and eventually runs out of charge at one point.

But how long do watch batteries last?

In this article, we will answer this and many more questions that typically arise in regards to watch batteries and their lifetime.

So, How Long Do Watch Batteries Last?

When talking about the average result you can expect, quartz watch batteries have a lifespan between 2-3 years (24-36 months).

Whether you reach the estimated length depends on how you exploit your quartz watch.

For example, if your watch has a stopwatch feature or an alarm and you’re a frequent user of those functions, the lifetime is inevitably shorter.

However, that doesn’t mean the battery runs empty in a matter of months. No. The estimated 2-3 years is guaranteed under normal exploitation, with no overly excessive use of various features.

When comparing digital quartz watches with analog counterparts, there’s not a significant difference in the lifetime of batteries under normal use.

However, since digital watches are usually equipped with several functions that typically find good use by the wearer, the chances of draining the battery faster are pretty high. But it applies to frequent use and not occasional exploitation.

Besides standard quartz watch batteries, there are several other types of cells used in wristwatches, such as the ones in solar-powered watches.

Unlike classic quartzes, solar watch batteries are rechargeable. It means that the cells have the ability to charge over and over again whenever there’s enough light. Depending on the manufacturer, a typical full charge (power reserve) lasts anywhere between 6-12 months.

However, nothing is eternal, and solar watch batteries will eventually lose their ability to store the energy at one point.

The timespan of battery lifetimes varies, depending on the technology. For example, Citizen Eco-Drive solar watches come with rechargeable cells that last for 20-40 years. Seiko and Casio, on the other hand, offer solar pieces with an expected battery life of 10-15 years.

The Lifetime of Kinetic Watch Batteries

Another type of watch that employs batteries is a Kinetic watch. It’s a timepiece that charges itself from the motions of the wearer and accumulates the energy in a rechargeable cell called a capacitor.

Like solar watch batteries, Kinetic capacitors last much longer than standard disposable batteries – their lifetime stays between 10 and 15 years.

How Do Watch Batteries Last So Long?

The reasons why solar and Kinetic watches last so long are clear to all – they can be charged repeatedly until the cells simply wear out.

However, classic disposable batteries also have a considerably long lifetime.

So, what is the reason that enables disposable batteries to last for several years?

First and foremost, watches don’t require much energy to move the hands or show the digits. They are extremely low-draining devices that require only a minuscule amount of power for an electrical signal.

Also, watch batteries have high energy density when they can pack in more energy than other types. It also means their shelf life (the time a battery holds energy while not in use) is pretty good.

A typical alkaline watch battery has 5 years of shelf life, whereas a lithium battery will be fully charged even after 10 years. So, for instance, if you buy two replacement batteries at once, you can expect the second one to be as good as new upon the replacement.

Does Stopping a Watch Save the Battery?

Regardless of the considerably long lifetime of watch batteries, some watch owners have tried to prolong it even further by pulling out the watch crown so that the timepiece would come to a stop. The co-called technique is typically used when the watch is not regularly worn.

Now, is it a good idea, and does it help to save the battery?

Pulling out the crown stops the watch hands from moving, but it doesn’t stop the quartz crystal from vibrating or the electrical current draining the battery.

Another problem is humidity. If you pull out the crown, the moisture has a free pass to creep into the watch and eventually ruin it entirely. Therefore, don’t do it and simply enjoy the accurate and carefree nature of a quartz-driven watch.

However, the rule doesn’t apply to every single quartz watch out there. For example, if you happen to own a timepiece with a power save mode, the only way to activate it is by pulling out the crown.

With such timepieces, it is perfectly fine to do it as the energy-saving system is specifically built for the watch. With other watches that don’t have this function, though, pulling out the crown won’t help.

How Do I Know If My Watch Needs a New Battery?

Now, if you’ve come to the point where you’ve owned the watch for a couple of years already, it is quite likely that it requires a battery replacement pretty soon. But how to know when the battery is empty?

An obvious answer would be when the watch stops, which is absolutely correct. Yet there are a couple of signs that let you know long before the watch comes to a complete halt.

A lot of quartz watches produced these days start to skip seconds when the battery power is reaching its end.

It’s not a chaotic skipping but with determined intervals, typically every 3-5 seconds, depending on a watch.

Usually, it takes a couple of weeks for up to a month from the start of the second hand skipping until it runs out of charge entirely.

Hence, make sure to take the watch to a professional before it comes to a full halt.

The skip-second mode is, by far, the most convenient way to know about the watch’s insufficient energy levels. The following two so-called signs are not that noticeable and may not even occur in every watch, but they can become helpful anyway.

If your watch typically keeps accurate time and at one point it suddenly doesn’t can be an indication that the battery is running low on energy.

A quartz watch should be accurate to around +/- 15-20 seconds per month. It rarely happens that the deviation is greater. Therefore, consider a battery replacement if you start losing or gaining a minute or more in a month.

However, when the previous battery replacement took place only a couple of months back, the problem may not be the battery but the timekeeping module. This is already a much serious concern and requires immediate professional intervention.

Lastly, it can also happen that a low battery affects the functionality of various watch features.

For example, if the chronograph doesn’t start or reset properly, or the alarm doesn’t go off at the time you set it to, the problem can be the battery.

Naturally, the cause of the dysfunction may be something else, but most commonly, it’s the battery, especially if the last battery replacement took place some while ago.

Price of a Battery Replacement

It is clear that owning a quartz watch means there’s no escape from frequent battery replacements, which also means spending some money.

When leaving aside the more complex quartz watches and also some entry-level luxury brand watches, the replacement is cheap. What you can expect to fork out for a typical battery replacement stays anywhere between $5 and $15.

This includes a new battery, as well as the job itself.

Replacing Watch Batteries by Yourself

Regarding the watch battery replacement procedure, it’s generally not a difficult task. Therefore, naturally, you can do it all by yourself.

What you’ll be needing are a suitable battery and a watch repair kit.

It is advised that the job should be done with non-conductive tweezers and gloves on so that the electrical current wouldn’t get ruined. Also, the important thing is to make sure the water-resistant seal is properly attached when closing the caseback.

All the rest, including opening the caseback and replacing the battery, shouldn’t be difficult.

Fortunately, there are numerous do-it-yourself guides on Youtube that you can learn from before digging into your own watch, such as the one below.

Note: If you’re not confident enough to do it yourself, or your watch is very expensive, it is suggested to let
a professional watchmaker do the job. Because the last thing you would want to happen to your precious one is getting it damaged, and all that for saving a tenner.

Watch batteries are low-draining devices that can fit a lot of energy inside them. Therefore, considering their size, their lifetime of 2-3 years is pretty exceptional.

However, exactly how long watch batteries last depends on the usage of various watch functions that come besides the timekeeping. If they’re heavily used, the lifetime is inevitably shorter.

We hope this article has been a handy guide for you and has helped you find answers to some of your battery-related questions. 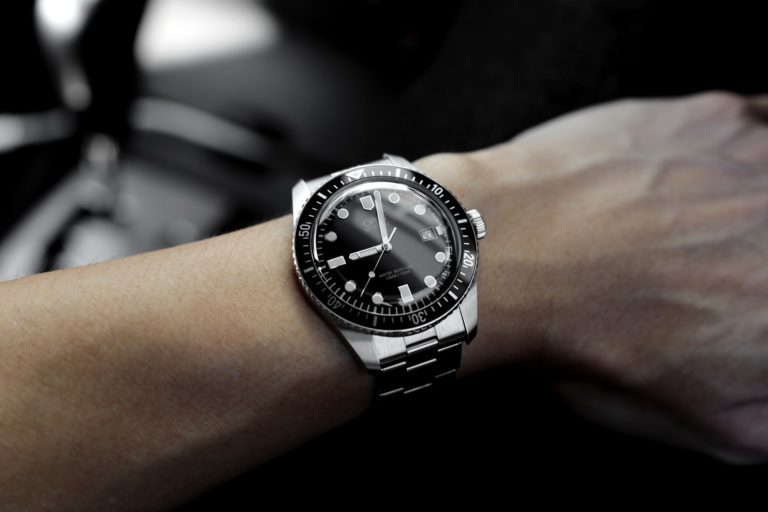